Regina History 101: Explore the Queen City's Past From Your Hotel in Regina 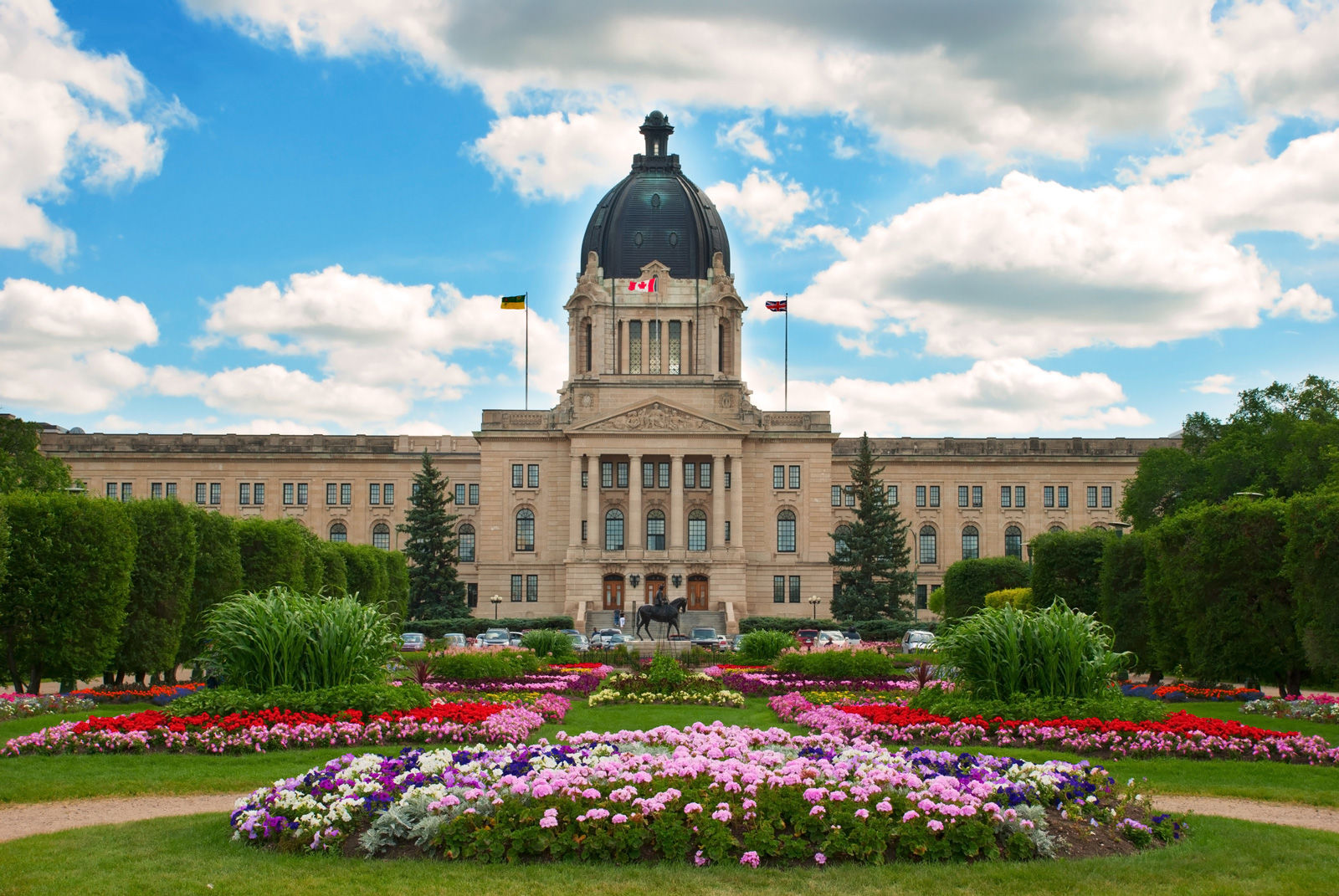 Explore history from your hotel in Regina and see historical landmarks such as the Legislature of Saskatchewan in its beaux-arts architectural style.

Once known as the “Pile of Bones” and later as the Queen City, Regina has a fascinating history as an agricultural hub along the Trans Canada Highway and the Canadian Pacific Railway line and more recently as the national training centre for the Royal Canadian Mounted Police. This heritage is still reflected in Regina’s buildings, landmarks and cultural institutions. Get to know this beautiful Canadian Prairie city and explore history from your hotel in Regina.

From Pile of Bones to Queen City

Before it became a city, the fur traders, explorers, surveyors and settlers who came through the area called Regina the Cree word for “pile of bones” due to the buffalo bones that were left along Wascana Creek by the indigenous hunters.

This tribute to Regina’s past can still be seen on some of city’s business and Regina tourism sector, including the Pile O’ Bones Brewing Company located downtown.

The Pile of Bones name stuck until the wife of the Governor General of Canada, Princess Louise, crowned Regina —the Latin word for queen— with its regal name after her mother, Queen Victoria.

There are a number of popular tourism Regina events that are still reflective of the name, including the Queen City Ex and the Queen City Marathon, which take place in August and September respectively.

A Canadian politician, Métis leader and founding figure of Manitoba, Louis Riel led both the Red River and North-West Rebellions against the Canadian government in the late 1800s. He was eventually imprisoned and tried for high treason. The first mayor of Regina, David Lynch Scott, acted as one of the counsels to the crown during the trial. Riel was found guilty and was hanged at the North-West Mounted Police barracks in Regina.

The Regina Court House, built in 1884, is where the trial of Riel took place. While it burned down in 1895, you can still see other historical landmarks in the city. Some of the most impressive include:

Regina’s RCMP Past and Present

The Royal Canadian Mounted Police was formed in 1920 from what was once the North-West Mounted Police. Based in Regina, they policed the west, while the Dominion Police policed the east. In 1920, the two merged to become a federal police force.

While the RCMP’s headquarters was moved to Ottawa from Regina, the RCMP Academy Depot Division continues to train police cadets to this day. The depot headquarters consists of several historical buildings as well as the RCMP Heritage Centre, located near Regina International Airport and Comfort Suites’ Regina hotel.

Learn more about the RCMP’s history with our Regina hotel cultural package, History at its Finest, which includes one night’s accommodation in one of our Double Queen Suites, a late checkout of 1 p.m., and a 2 for 1 admission to the RCMP Heritage Centre.

Learn more by reading Explore History: Get More Out of Your Travels with Regina Hotel Deals.

Let it Pour: 6 Things to Do on a Rainy Day from One of the Best Hotels in Regina